Origins
We are Fearrington’s community chorus, and our history goes back to 1990. That year some vocally talented men in Fearrington Village organized a choral group they called the Harmony Grits. They performed, among other places, at various assisted living centers. The next year a small group of Fearrington women heard the Harmony Grits rehearsing and decided to start a women’s singing group. Their first organizational meeting was held in January 1992; and, to their surprise, sixty women attended. Just four months later they held their debut concert on May 17, 1992, in the Fearrington Barn. They called themselves the Village Voices.

It didn’t take long for the two singing groups to join forces. In December 1992, the Harmony Grits and Village Voices sang at Northwood High School at an event sponsored by the Chatham County Arts Council. Each group sang six pieces then performed eight pieces together. December collaborations became a regular event in 1996, while the Village Voices continued to perform annual spring concerts after their debut in 1992. The Harmony Grits joined them occasionally until May 2006 when a joint spring concert became the norm.


Matt Fry became music director of the Harmony Grits in 2002 and Director of the Village Voices in 2005. In 2014 the two groups formalized their status as a combined chorus and became the Fearrington Village Singers with Matt continuing to this day as Music Director of the combined group. 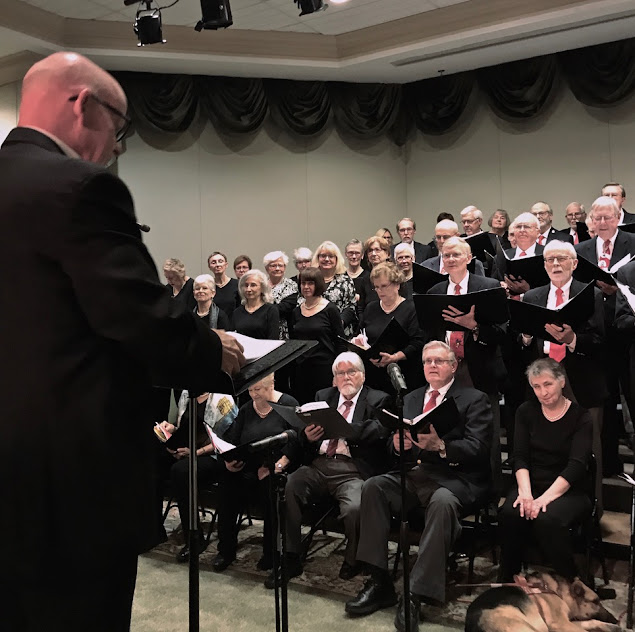 Today
We number about 70 members and perform our concerts twice a year, in December and May. Our "home venue" is the Chapin Auditorium at Galloway Ridge, and we have also performed for a variety of other organizations such as Carolina Meadows, the Cedars of Chapel Hill, the Forest at Duke, TROSA, Chapel in the Pines, and Christ United Methodist Church in Southern Village.We are a volunteer group who contribute member dues to help defray the costs of music, equipment and supplies, Music Director, and accompanists. In addition to our concert performances we welcome community service opportunities. 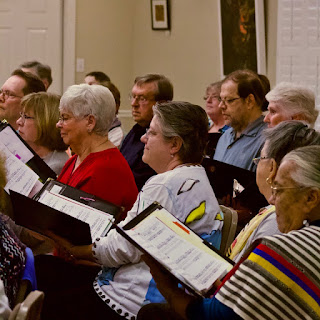 Fearrington Village Singers is recognized as exempt from federal income tax under Section 501(c)(3)of the Internal Revenue Code. Your gift is tax deductible to the fullest extent allowed by law.